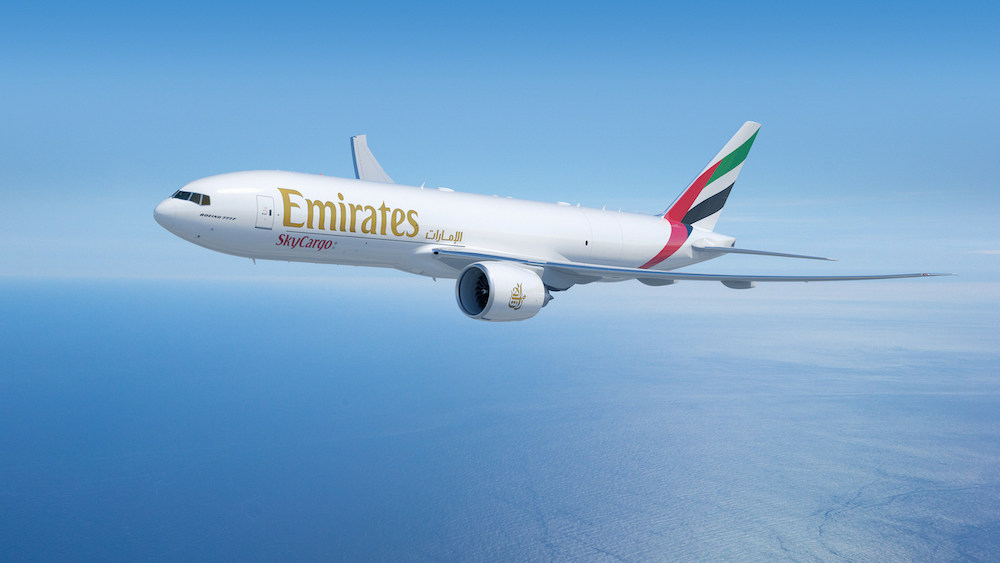 Emirates is further expanding its all-Boeing dedicated freighter fleet with an order for five Boeing 777 Freighters, valued at more than $1.7 billion at list prices.

The airplanes will be operated by Emirates SkyCargo, adding to its fleet of 11 777 Freighters.

“Emirates is investing in new freighters so that we can continue to serve customer demand with the latest fuel-efficient aircraft,” said HH Sheikh Ahmed bin Saeed Al Maktoum, Chairman and Chief Executive of Emirates Airline and Group. “This order reflects Emirates’ confidence in air freight demand and overall aviation sector growth. It lays the ground for our continued growth, which is driven by the reach of our diverse global network, the advanced handling infrastructure at our Dubai hub, and the tailored transport solutions that Emirates has developed to serve our varied customers’ needs.”

Emirates was a launch customer for the 777 Freighter and is currently the world’s largest operator of the 777 family, with nearly 150 of the airplane type in its fleet.

At the Dubai Airshow 2021, Emirates announced a $1 billion investment to expand its air cargo capacity, including two new 777 Freighters that joined Emirates’ fleet in 2022.

According to Boeing, its 777F is the world’s largest, longest-range and most capable twin-engine freighter flying today, with 17% lower fuel use and CO2 emissions compared to prior airplanes.

“We value the trust that Emirates has repeatedly placed in its all-Boeing freighter fleet,” said Stan Deal, president and chief executive officer, Boeing Commercial Airplanes. “The expansion of Emirates’ fleet with these additional fuel-efficient 777 Freighters will enable the airline to support its growing cargo market demand, transporting goods rapidly and efficiently from origin to destination in the Middle East and around the world.”