Bell Textron will deliver 10 Bell 505 aircraft with a flight training device and a comprehensive computer-based training package to the King Hussein Air College in Mafraq, Jordan 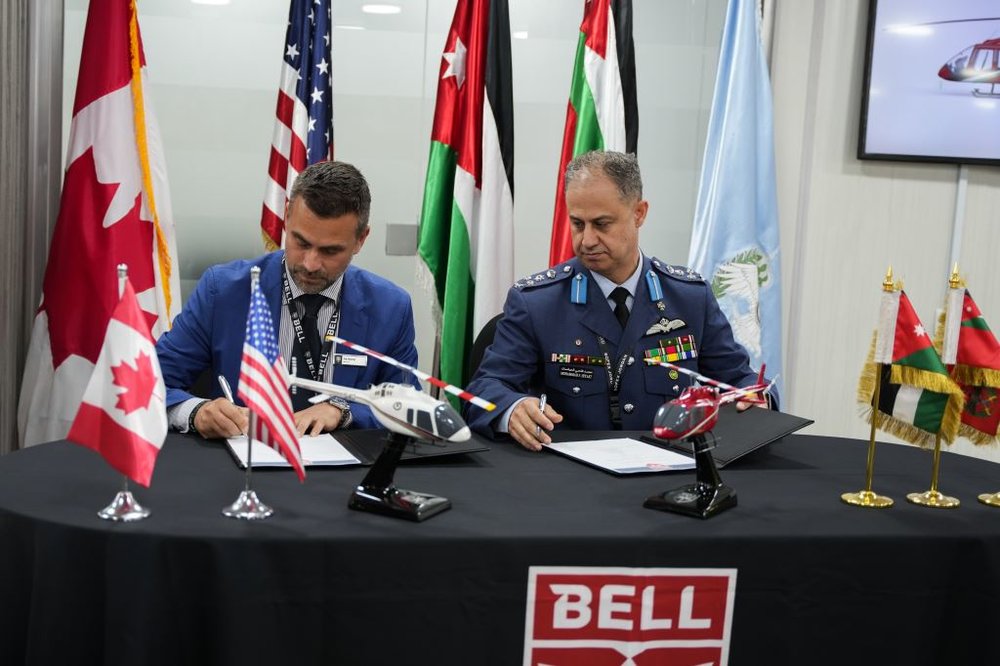 Airbus Welcomes Order from Croatia Airlines for A220 Aircraft

The contract, signed at the Special Operations Forces Exhibition & Conference (SOFEX) in Aqaba, Jordan, includes the delivery of the aircraft with a flight training device and a comprehensive computer-based training package.

Currently in its 13th year, SOFEX is a leading special operations forces and homeland security exhibition. The show was established by His Majesty King Abdullah II to provide a platform to present and demonstrate new and innovative equipment and technologies in security operations.

Designed for commercial and military customers alike, the Bell 505 offers high levels of power, optimal visibility and high-tech Garmin avionics. Details have been considered in the design of the Bell 505, starting with the fully digitally controlled engine, and advanced avionics that can reduce pilot workload and maximize safety in a multitude of operational scenarios.

“It is with profound gratitude to the Royal Jordanian Air Force that we share news of this agreement to purchase the Bell 505s as the new helicopter trainer for the Air Force,” said Patrick Moulay, senior vice president, International Commercial Sales, Bell.

“We are dedicated to the Armed Forces, the Air Force, and the citizens of Jordan and offer our commitment to ensure the best of service,” said Sameer Rehman, managing director, Africa and Middle East, Bell. “The Bell 505 will serve alongside the men and women of the Air Force by playing a critical role in ensuring the operational readiness of its cadets.”

“We look forward to adding the Bell 505 aircraft to our fleet and providing our pilots with one of the best possible aircraft for their training,” said Brig. Gen. Mohammad F. Hiyasat, Commander, Royal Jordanian Air Force. “The addition of 10 new aircraft will enable us to further expand our operations in the country, in turn increasing the capabilities of the Royal Jordanian Air Force.”